Taxation Lawyers is both a law firm and a referral source to help you. If we can’t help you with what you need, we can certainly refer you to someone who can. Our clients include corporations of all sizes, municipalities, owner-managed businesses, as well as individuals.

Taxation Lawyers was started by James Rhodes. His vision was to have a firm that was restricted to tax. By doing so he planned to deliver a single resource for his clients requiring tax assistance – either through dispute resolution or planning. With his practice focused on tax dispute resolution and tax assistance, there is very little James cannot handle. When clients’ needs turn to tax planning or matters outside his expertise, James is able to provide a no fee referral to the network of taxation professionals he knows through Canada. One such resource is his LinkedIn group ‘Canadian Taxation Professionals’, a group of 3,100 professionals focused on tax across Canada.
l
Taxation Lawyers handles all matters dealing with income tax, HST/GST, and employment insurance/Canada Pension Plan determinations. We deal with independent contractors versus employee structuring and disputes, director’s liability assessments, tax opinions/assurance on accounting positions, voluntary disclosure program applications, taxpayer relief requests, as well as rectification applications.
Our Services 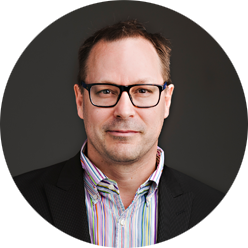 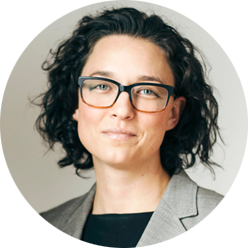 James Rhodes, BSc, LLB As the principal lawyer for Taxation Lawyers, James provides for its tax dispute resolution services as well as dealing with tax assistance. James began his career in tax law at law school where he received the award for top mark in taxation law in his second year, and shared the top mark in taxation law in his third year. Subsequently, James received a prestigious clerkship with the Tax Court of Canada, where he completed his articles. During his time with the Tax Court, he prepared bench memoranda and legal opinions to assist the Justices of the Court in their role of deciding tax appeals. Following his clerkship, James was hired by PricewaterhouseCoopers (PwC) to work in their Canadian Corporate Tax department. During his time at PwC, James was responsible for providing legal opinions and tax planning assistance to a range of clients.

Melanie Petrunia has practiced almost exclusively in the area of tax litigation for over ten years. After completing her undergraduate education at Yale University and McGill University, she obtained a law degree from the Schulich School of Law at Dalhousie. She then began her career with a large Atlantic Canada law firm, followed by eight years with the Federal Department of Justice, Tax Law Services. During her time representing the Canada Revenue Agency, she conducted hundreds of trials at the Tax Court of Canada throughout Atlantic Canada, as well as in Ontario, British Columbia and Nunavut. She has also appeared in provincial and superior courts in many provinces, the Federal Court and the Federal Court of Appeal.

Now, as the Principal of Satellite Tax Law, Melanie uses her years of experience in tax litigation matters to represent Canadian taxpayers. Though based in Halifax, Melanie offers her services throughout the country, primarily in Atlantic Canada, Ontario and British Columbia. She utilizes available technology to minimize cost and maximize value for her clients. She regularly assists clients with tax dispute resolution and collection matters as well as EI and CPP appeals, and judicial review applications before the Federal Court.

Felicia is a Junior Accountant at Taxation Lawyers. She studied at Conestoga College in the Business Administration Accounting Program and graduated with distinction in 2016. She joined Taxation Lawyers in 2018 and assists all team members in resolving tax disputes.